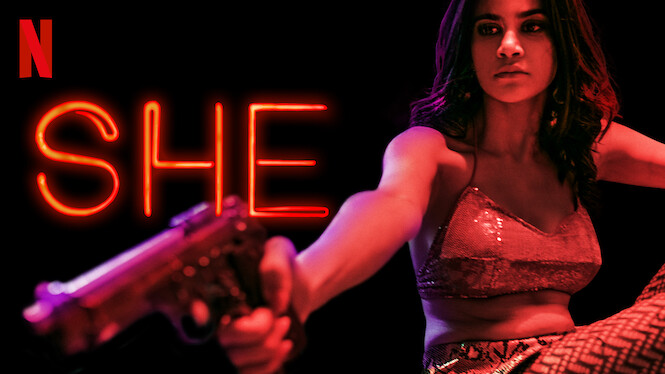 The series opens at a brothel in the middle of the aforementioned undercover operation, as drug dealer and regular customer Yasir “Sasya” Shaikh (Vijay Varma, from Gully Boy) walks in. After rejecting two line-ups of sex workers, he — and the audience — are introduced to the Netflix series’ protagonist, Bhumika “Bhumi” Pardeshi (Aaditi Pohankar, from Lai Bhaari). Bhumi worked for seven years as a constable at Mumbai’s Reay Road Police Station, before she was spotted by the Crime Branch’s anti-narcotics ACP Jason Fernandez (Vishwas Kini, from City of Dreams) at a routine checkpoint. She was subsequently recruited to pose as a prostitute and help nab Sasya, whom the police believe to be key in a bigger drug push into India’s financial capital.

For its opening hour or so, She moves in a non-linear fashion, giving us a look at how grossly underprepared everyone involved on the mission is, and also at Bhumi’s life. At work, she has to face the sexist tirades you’d expect. At home, she has three worries: her ailing mother (Suhita Thatte) who spends most of her days in bed, her flippant younger sister Rupa (Shivani Rangole) who has a side-hustle as a call girl, and her estranged husband Lokhande (Sandeep Dhabale) who’s pushing off divorce to avoid paying rent. Bhumi spends most of the early going stumbling through what is pushed onto her, even once complaining — in what turns into a funny meta observation — that she was content with her monotonous routine prior to being pulled into the operation.